"The crisis training is an invaluable pressure cooker for your whole team. Fun and intensive. "

An organization that doesn’t have its communication in order during a crisis is in danger of losing control. Then, the crisis will also become a media crisis. Rumours emerge, inaccurate stories circulate, for example on Twitter. YouTube films spread and strengthen the rumours even further. It is important, therefore, to respond quickly and effectively and to ensure that your crisis team’s media message is in order.

The speed and impact of social media currently plays a huge role in a crisis. Tweets are often faster than traditional media and such messages can lead to confusion and misinformation. It’s wise, then, to also look at social media use during a crisis. Who is monitoring it, how are you responding and how can you employ your own effective social media channel? Questions that are also covered in the crisis training.

Media appearances in a crisis

Training for media appearances is certainly part of developing crisis resilience and forms an integral aspect of crisis management. In our one-day crisis media training, your crisis team will learn to respond to the media quickly and adequately with media messages that are brief and to the point. In addition, all forms of media appearances are dealt with: media statements, live broadcasts, press conferences and interviews.

After the training, your team is better prepared for the inevitable media attention in a crisis. For crisis training, all our trainers draw on their journalistic practice, in which they have experienced crises up close and have reported on crises both at home and abroad. 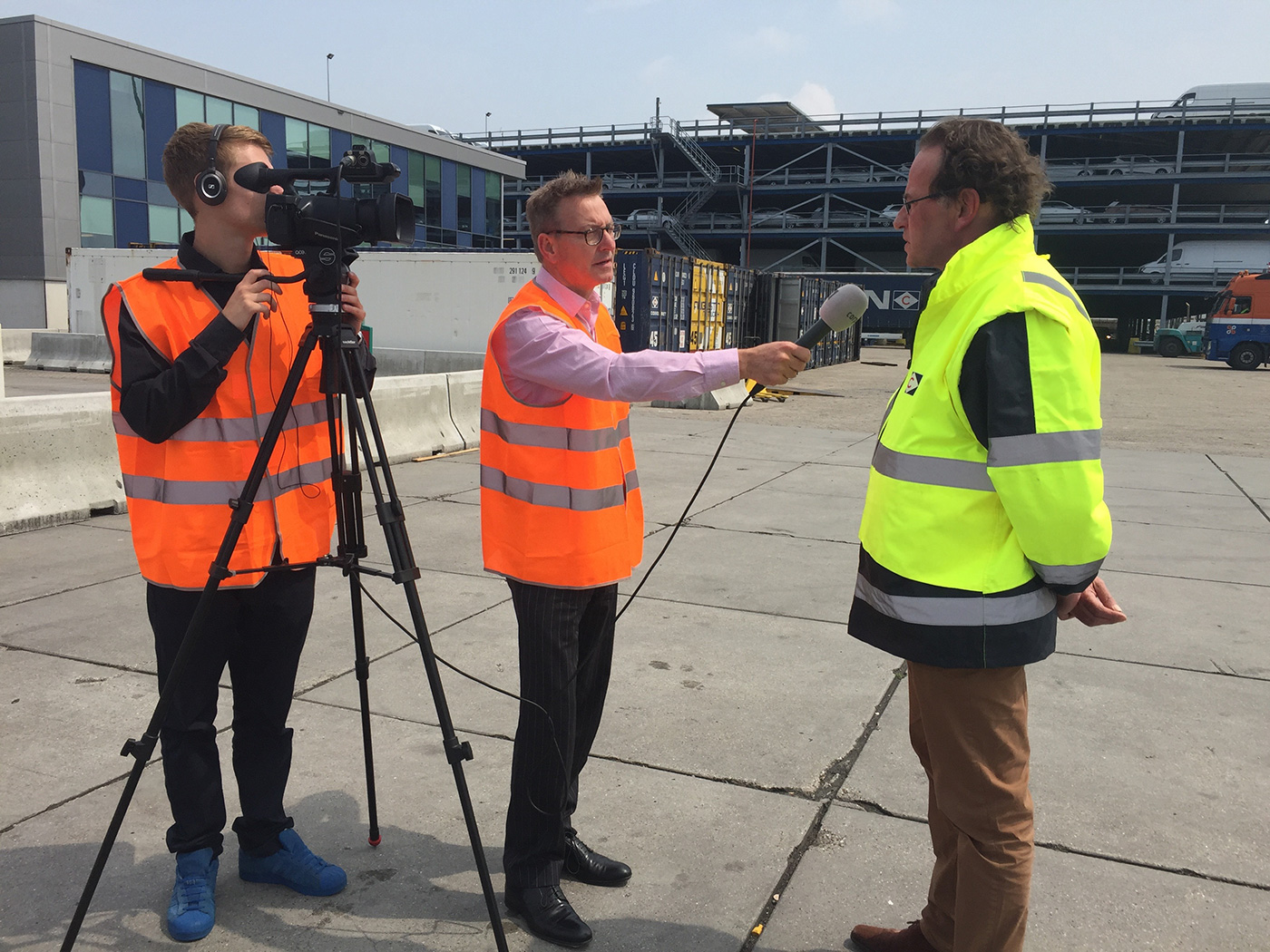 A lot went wrong with the crisis communications during the fire at Chemie-Pack (January 2011). This is well-described in the report by the Dutch Safety Board. It shows how difficult it is to ensure clear and unambiguous communication in the first hours of a crisis. Several organizations and spokespersons are involved, each of whom is responsible for communicating with the media – and initially without coordination. This leads to confusing coverage shortly after the fire breaks out, especially about the presence of hazardous substances in the air. The first media appearance by the Mayor of Moerdijk contributes to this. Apparently inexperienced with interviews, he speaks to a reporter from Omroep Brabant. An astonishing exchange that exposes incompetence and ignorance and gives no answers to questions about the dangers at the time. As a result, it inspires little confidence.

The media appearance by the director of Chemie-Pack – in the course of the evening – reveals an emotional man. He has hurriedly returned from a ski-ing holiday. Hours after the fire, he is still incredibly upset and certainly not ready for a media appearance. Journalists have been looking for him all day and in the end – under pressure – he is persuaded to doing an interview with the NOS. The emotions are understandable, but it reinforces the impression that there is no professional leadership.

Perception often plays a big role at the start of a crisis and can give an inaccurate picture of the crisis, the risks and who is in charge. Therefore, crisis communications should be fast, unambiguous and open.

In our hands-on media training in crisis communications, the focus is on the practice of communications and the crisis team learns how to respond to media questions quickly and effectively, with short and succinct media statements. In addition, all forms of media appearances are covered: media statements, live on TV, press conferences and interviews. This is practiced intensively during the training so that the crisis team knows what is involved in a media appearance. This training is a good addition to crisis management training and provides a quality boost for crisis communications. It is better to be prepared.

After the training, the crisis team is better prepared for the inevitable media attention and it is also clear who is best able to speak to the media in a professional manner. It is also clear whether the crisis communications plan is in order or whether any adjustments are needed.

Who is it for?

Our media trainers have experienced crises up close in their journalistic careers. They know how the media work and can therefore give tips for effective media appearances in a crisis during this crisis training.

The speed and impact of social media plays a huge role in a crisis. Twitter is faster than the traditional media. During the Chemie-Pack disaster in Moerdijk (2011), 2,500 messages had already been spread via Twitter before the traditional media had even reported the fire. What’s more, with their mobile phone, eyewitnesses have the perfect camera in their hands. News consumers have become news producers. Often, the first images of a disaster come from those involved or passers-by. It is therefore also good to look at the use of video and social media during a crisis. Who is monitoring it, how should you react and how effectively can you use your own social media channel? These aspect scan also be dealt with in the crisis communications training.

Support in a crisis

We are also available to support communications during a crisis and, if required, we can also provide a spokesperson. The crisis team is then free to fully focus on crisis management.

A few examples of simple and effective crisis communications. In the United States, it is standard that, shortly after an incident, the police address the media on the spot. Two hours after a shooting at the YouTube head office, the police spokesperson is on the street, issuing a statement to the gathered press.

Emirates puts a video statement from the CEO online. One hour after an accident with a plane at Dubai Airport. It’s about flight EK521 (3 August 2016). The Boeing 777 crashed during a go-around. The passagers and crew survive. The statement is recorded with a simple camera with autocue.

Just how fast the media works during an incident is made clear from the reporting around the accident with a light aircraft in the Krimpenerwaard, on Tuesday, 22 May 2018. It’s interesting to look at the timeline. Within a few minutes, the news is online.

The media are always looking for eyewitnesses. In this case, there is one. The owner of the land where the plane has crashed. He, too, is questioned by all the media present.

The company that owns the plane is, of course, approached by journalists. It decides not to respond, or is unable to do so. You can imagine that everyone is in shock and everything is focused internally. Crisis communications is not really a priority. On one level, understandable. You may well ask, however, whether a company engaged in this kind of activity – which is associated with risks – should not have been prepared for crisis communication. The danger is that, due to a lack of information, the outside world will create its own view of things. Does this flight school work well? Is it safe?

Is there something wrong with the flight school?

Journalists aren’t discouraged if a company doesn’t respond. In this case, they search for people who know more about the flight school and about the crashed plane. The programme Hart van Nederland eventually finds a cameraman who once flew in the plane that crashed and also experienced an accident in it. Coincidence? It gives the impression that there might be more going on. An impression that the flight school isn’t correcting.

A lesson in crisis communications

You have to realise that coverage works at lightning speed and that as an involved company you will always be approached. Aside from the ‘official’ spokespersons from the emergency services. Be prepared and have a crisis plan that also has communications arranged. Who is going to do this? And are we going to solve it internally or are we going to arrange external support?. By asking these questions up front, you will establish a lot of clarity. Also about whether you have the right skills in-house. 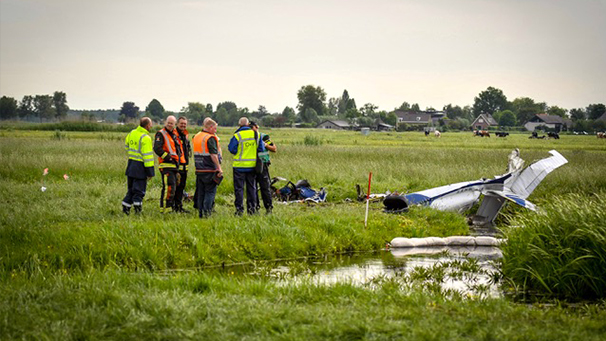 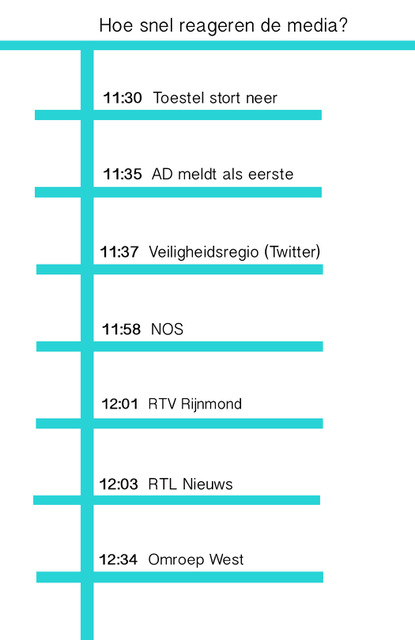